Devin is a bestselling author who ran for Congress in 2020. He calls himself a champion of social good. As a new-media journalist and founder of the Your Mark on the World Center, Devin established himself as a champion of social good. As a Forbes contributor, with over 500 bylines and over two million unique readers, he became a recognized name in the social impact arena. His Your Mark on the World show, featuring over 1,200 celebrities, CEOs, billionaires, entrepreneurs—including Bill Gates—and others who are out to change the world, gave him a recognizable face as well.

He has helped nonprofits raise millions of dollars via crowdfunding. He twice hosted a 24-hour livestream via YouTube on #GivingTuesday, featuring more than 90 interviews with nonprofits.

Previously, Devin served as the CFO of the third-largest company on the 2009 Inc. 500 list. He also founded and led a FINRA-registered investment bank. After completing a degree in finance at the University of Utah, he earned an MBA from Cornell University.

Having lived on three continents and visited over 40 countries on six continents and with guests from around the world on his show, Devin brings a global perspective on purpose-driven leadership to international audiences–from the UN to Nepal–empowering them to do more good and make their mark on the world. These lessons also enable them to change their personal lives and to drive positive change within their organizations. His books provide roadmaps to audiences on how to use money for good. His books have been read over 1 million times!

Today, Devin channels the idealism of his youth, volunteering whenever and wherever he can, with the loving support of his wife, Gail. Their son, Dayton, works in San Francisco. Frequently finding himself on airplanes, he is glad to be middle-seat-sized.

What drives your interest in Crowdfunding and/or CfPA?

Crowdfunding is a tool for solving some of the world's biggest problems. It is frequently used as a tool for financing investment in solutions to climate change. More directly, it serves to fight social inequities, providing female entrepreneurs with fairer financing terms and access to capital. It has the potential to do the same for minorities.

Thought Experiment: What do you think Facebook would be like today if it had initially raised the capital it needed via fundraising instead of via traditional VCs?

Great question. I'll substitute the word "crowdfunding" under the meaning given by the SEC in Regulation Crowdfunding (Reg CF) for the word "fundraising" in your question as I suspect that is the import of your question.

Facebook would be radically different if it had been financed in its earliest days by hundreds of college students instead of by venture capitalists. It would have led to a more user-focused rather than advertiser-focused platform because the users would be owners.

The big opportunity for nonprofits in the short run is finding a way to accept cryptocurrency donations. Many have appreciated dramatically, leaving holders of cryptocurrencies feeling wealthy and, in some cases, generous. Most nonprofits will need help establishing accounts on exchanges and wallets that would allow them to accept crypto donations. 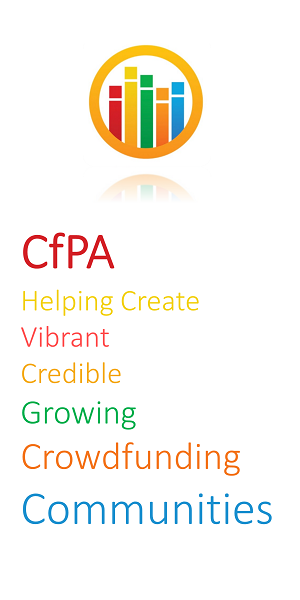