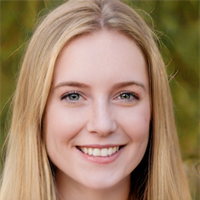 Real estate crowdfunding company RealtyShares is set to lay off the vast majority of its staff and faces an uncertain future following a failed attempt to secure more funding, according to multiple sources familiar with the matter.

The startup has raised more than $63 million from venture capital players like Union Square Ventures, Cross Creek, Hone Capital and Blue Mountain, as well as Starwood Capital’s Barry Sternlicht and Chinese firm Danhuan Capital. Its downfall would be a heavy blow to the young crowdfunding industry, which still harbors ambitions to revolutionize real estate finance.

A source close to the firm said that last-ditch efforts to find a buyer for the company last week failed. The source said RealtyShares, formerly led by ex-Cushman & Wakefield CEO Ed Forst, still has some money in the bank and will ensure that customers who invested in real estate projects through its platform will be paid back.

“Over the past six months, RealtyShares aggressively pursued a number of financing options to continue growing the business,” RealtyShares wrote in an email to customers on Wednesday. “Unfortunately, despite our best efforts, we were unable to secure additional capital. As a result, we will not offer new investments or accept new investors on the RealtyShares platform.” The email noted that RealtyShares will keep a team to manage existing investments through its platform and that the “transition will have no impact on the underlying real estate investments.”

Founded in 2013, the California-based company claims to have raised more than $870 million for more than 1,160 real estate projects. RealtyShares is part of a wave of crowdfunding startups, along with companies like Cadre, Fundrise and RealtyMogul, launched in the wake of the 2012 JOBS Act, which made it legal to advertise private investments online under certain conditions.

RealtyShares’ co-founder and CEO Nav Athwal left the company in November 2017 and Forst took over as his interim replacement. The current CEO is Alexis de Belloy, a former vice president at Homeaway.

Full article: https://therealdeal.com/2018/11/07/crowdfunding-startup-realtyshares-to-cease-investing-faces-mass-layoffs/
To send or receive you must allow private messages in member settings