Iʼm helping heal people, their communities and the planet by showing how one plant and their own money is all thatʼs needed.

I have had the distinct honor of representing these and other organizations and the U.S. as an advisor to the European Union and numerous foreign governments, and as a keynote speaker, moderator or panelist at global conferences to audiences as large as 13,000 in China, Australia, Russia and India.

I have helped establish and administer think tanks in internet development and media distribution, and am always happy to help aspiring students, entrepreneurs, investors and small businesses utilize Alternative Finance / Crowdfunding to reach their goals. I am blessed to maintain an extensive personal network of prominent experts and pioneering technologists who all happily keep me atop the most promising advancements in their sectors.

By virtue of my perspective, optimism and experience, I aspire mostly to build strong friendships alongside building vibrant successful companies.

University of Colorado at Boulder

english rudimentary spanish enough French to get around

CfPA.org. Says more than I can type.

I am on a budget setting up my license crowd Funding portal with the FINRA/ SEC. I have completed everything and just need to send me finger print. is there a checklist for the thing i need to do so i can do everything properly and know my roadmap. is it hard to change the na

I'm sorry, but I'm not a platform expert and can't help you with those questions. But congratulations on your hard work and I hope you find success shortly. One of the benefits of joining the CfPA is access to our thought leaders, and also referral to qualified professionals who could answer your question. My best advice is squirrel some funds away to hire a good securities attorney to answer those questions. Continued Success!

I clicked a link on LinkedIn and found you guys. I have a company that manufactures agricultural equipment specifically for hemp and Cannabis. I am interested in crowdfunding. We want to do a 5 Mill raise. we did 17 Mill in rev last year and have zero equity outstanding. where...

Fabulous question, Cullen. However, without spelling out an entire path to landing investors course, I would direct you to any local VDO (venture devp org) like incubators or accelerators in your situation already matured.

As it concerns finding the "right" investor, well, your customers/suppliers/beneficiaries would be the natural approach if you plan to CF your next offering. There are many resources for all this, both on our Twitter feed, and as a course of knowledge in our leadership at the CfPA.

So my best advice is to continue to post questions/surveys in forums on Linkedin, look up any cannabis related investment groups in general (especially farming groups locally), and keep go deep quick.

On a personal note, as you know I'm deeply involved in Industrial Hemp, advise a Family Office investor network, and also have patented farm/processing equipment. To that effect, we're launching a national co-op to handle precisely what you're asking. So I'd love to learn more so feel free to reach out directly to Scott@RootOrigins.com or Prosperity@HMP-us.org

Why did you get involved in crowdfunding?

Because I believe supporting entrepreneurship is vital to society, and frankly, humanity, too. Helping others actualize their potential, or even just follow their bliss, is a keen use of technology that has multiplicative, cascading benefits.

And I also saw that access to gary stage, potentially explosive equity investments for most people was prohibited unnaturally, unnecessarily, and mostly, unwisely. So, I recognized that with all things disruptive, yet also inevitable, I'd rather help fuel the rockets and get there sooner than later. So I volunteered in what became an 8-yr journey, so far.

Are you aware of any innovative crowdfunding campaigns or platforms designed to help main street business during COVID-19 or beyond?

I was not aware of anything specifically, but searching Google yielded a bunch of great leads when I simply searched for: Covid Crowdfunding campaigns

Good luck and thanks for the note.

One of our board members today shared this campaign in Georgia if that helps: https://crowdfundmainstreet.com/campaigns/994plmki

What role do you think #crowdfunding can play in disaster relief?

#Crowdfunding has already proven to be a preferred venue for amassing relief in emergency situations. Several reasons: 1) Donors of all kinds prefer to see tangible evidence of their sacrifice, and thus prefer transparent, ground-based, real time aid. 2) Donors are growing less confident that large organizations (from Govt itself right down to Red Cross) are equipped for immediate action or longterm fiscal management of resources. 3) CF channels provide recipients of relief a far more viral opportunity to gather publicity and funds. These all provide not only potentially life-saving relief, but also (and an unfortunate reality) an outwardly visible badge of honor for the donors who support the cause. I hope this helps answer your question.

Further to the answer above, KCBS Radio in San Francisco called me to ask the same question. So, here is the transcrip from our discussion, a bit better organized for reading. Enjoy:

Q: Some crowdfunding sites are for-profit organizations, which may cause discomfort for people looking to give and give off the uncomfortable image that these organizations are profiting off of disasters. Is there a potential conflict there? How do you resolve that discomfort?

Sure, let’s start with the good part because there will always be profiteers. But one of the key attributes of Crowdfunding is TRANSPARENCY. And the frenzy of a major crisis may cloud our ability to detect CHARLATAN from SAMARITAN. That is precisely where reputation of the agency needs to be visible front and center, and where ties to real people can only help
much like how people often look to Linkedin to see who they know that knows you, or look to Yelp to see what their customers say, reviews from real people.

The very nature of a CF platform only allows so much room for detail, and most people make their mind up by whatever is on the first screen of info. But with legit charities, if they’re smart they’ll have legions of followers, repeat givers, success stories with real testimonials, or a recognizably trustworthy spokesperson.

If I’m a reasonable sample, after 20 years living on the internet, I have a pretty good "BS sniff test”. Without those categories being satisfied, I’m highly unlikely to trust

Q: By giving to a relief organization like the Red Cross, the money gets pooled together and then dispensed by experts in order of need.

The very nature of that question to me implies bureaucracy, and often inefficiency. Larger charities with massive national headquarters are by nature less on-the-ground in real-time, making them perhaps better, in my opinion, at addressing systemic, persistent humanitarian issues such as with food, housing, education and training—things that help strengthen communities so disaster relief is less critical an issue when it inevitably arrives.

Like many charities, the CROWDFUNDING PROFESSIONAL ASSOCIATION (CfPA.org) is also a non-profit business, but I like to remind people that it’s still a business and has to run efficiently, or waste will eat away at the impact it was designed for.

So, ultimately it’s the test of time that will reveal if newer charities (unproven businesses) can actually deliver the impact they promised. And like all things Internet, everything is permanent—so I like to say that one fraudster will have a very difficult time swindling people twice. Your reputation follows you (and even precedes you now) in this new world.

I suspect that much of why charitable giving and impact investing are such growing categories within the Crowdfunding universe can be attributed to many Americans losing faith in establishment anything. I mean, in just the last 20 years we’ve seen wholesale collapses in Insurance, Banking, Utilities, Automotive…And GOVERNMENT ITSELF which we saw reaction to in the last election. And I’m fairly confident we’ll see it even moreso in the next.

Q: Is there a concern that some people might be at a disadvantage if people start shifting to crowdfunding sites and away from traditional non-profits?

I was not sure about the breakdown of gifts that large orgs collect, but suspected much came from corporate donations and wealthy families. I think most of the CF-based charities, like any CF campaign, rely on personal connections (last I checked only 7% of funds pledged on CF campaigns were from people just “browsing” for something to support). So, it is my assumption that more of the money in national charities is national, and more of the local charity money is from neighbors and friends, locally.

Q: ARE people giving to crowdfunding sites instead of traditional non-profits or is this shaking more money from the tree so to speak.

I’m not sure if those stats are available yet on the meta, but when you add in the fact that “community” is no longer a geographic term, raising funds for a particular cause relevant to individual affinities I believe should add more donations, not less. And I would cite my own preference affirms this assertion.

And much like how many cite that real politics happens at the LOCAL, disasters happen locally too. So, I suspect that as many of what we had previously considered fundamental anchors of society were exposed as vulnerable and required bailouts, emergency crises enjoy no such relief—when it comes to actual survival—life and death—there may be a strong resistance to putting that level of faith in any bureaucracy not truly tangible, down the street, with a door they can knock on, a person accountable.

And when it comes down to needing immediate help from real people to save homes or lives, the value of contributing as a matter of self-satisfaction is far more rewarding when a neighbor says thank you than the value of a standard thank you letter in the mail once a year.

So luckily, as we face this lack of faith in many legacy institutions, many of the functions that used to require a national entity, and national media, are now in the hands of potentially billions of stakeholders now dispersed in less geographic ways across the internet, forming interest groups on the fly, banding together by narrower affinities than ever, and exercising their buying power in ways that have conventional industries scrambling to accommodate them—from identifying with new affinities that consumers demand connection to, to the actual logistics to deliver on their promises. Time will tell with many, and all those efforts will be recorded in perpetuity...and hopefully shared with those of us generous enough to give.

Regarding Confidentiality: This email may contain confidential and/or private information. If you received this email in error, please delete and notify sender. Thank you.

What regulatory changes are necessary for the crowdfunding industry to move forward?

5/19/2017,
Scott E. McIntyre  replied:
I don't believe that any major regs are required for CF to move forward--it's already changing the face of early stage venture creation and liberating fallow capital from investors of all ranks. Based on proposals now in Congress, I do believe that furhter modification will happen to current regs, such as definition of accredited investor itself; raising limits on Reg CF campaigns from $1M to $5M; adoption of Special Purpose Vehicles that don't muddy follow-on investment, etc. Hope that helps. Let me know if I can be of further assistance or connect you with some of my colleagues with a bit more insight into legislative/regulatory affairs.
Unavailable
Reply
0
Anonymous asked Scott E. McIntyre

What milestones will the crowdfunding industry see in 2017?

4/8/2017,
Scott E. McIntyre  replied:
That's an excellent question and one that will be covered in depth at our 4th Annual Crowdfinance Summit in DC on April 20th. Visit CfPA.org/events-2 to lern more! Hope to see you there
Unavailable
Reply
0
Tweets by http://twitter.com/scot_mcintyre 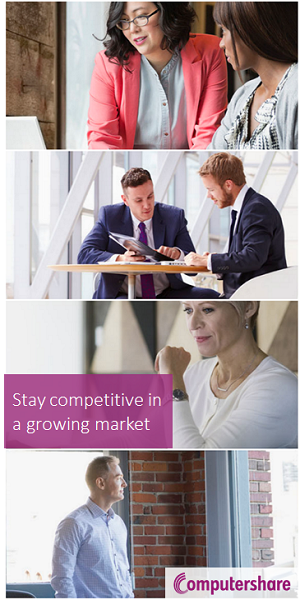