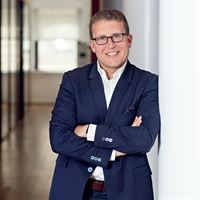 My article in Traders Magazine: Going Public in a Post-Spotify World

Going Public in a Post-Spotify World

More than 1,450 companies globally IPO’d in 2017 -- the busiest for new listings since 2007. Yet while there were the most IPOs in a decade worldwide, U.S. companies, with annual sales of less than $500 million, may believe they are too small to go public. This may be a contributing factor to widely-cited data indicating the number of IPOs in the U.S. has fallen by about half over the past 20 years. There are viable, alternative paths to going public for small- and micro-cap companies without incurring the costs and complexities of the overhyped IPO. While it wasn’t without hype and high-expectations, Spotify’s direct listing on the New York Stock Exchange shines a spotlight on non-traditional, but reliable approaches to entering the public markets.

In contrast to the traditional initial public offering (IPO) process and more aligned with Spotify’s approach to the public markets, a Slow PO on OTC Markets enables companies to enter the public markets by making their previously-restricted shares available for public trading by brokers on the OTCQX® Best Market and OTCQB® Venture Market.

The Slow PO is similar to a “direct listing” on an exchange, where a company goes public without raising any funds and doesn’t engage underwriters, as used in a conventional IPO. With music streaming service Spotify’s direct listing, there was no road show; no underwriters; and no stock lockups for SPOT’s shareholders. This was the first direct listing on the NYSE and another sign of major changes in equity capital markets. After two months of trading as a public company, most capital markets professionals agree that the Spotify (NYSE: SPOT) listing was a successful transaction.

With no IPO order book, Spotify’s direct listing enabled all investors to buy shares on day one as a public company -- leveling the playing field among institutional and retail investors. The direct listing also put no restrictions on SPOT’s existing shareholders who wanted to sell shares immediately. Typically, with an IPO, existing shareholders may be restricted from selling for up to six months or longer.

For years, companies have been using the Slow PO path to go public on OTC Markets. Some examples of using the direct-to-market route on OTCQX include the Bitcoin Investment Trust (OTCQX: GBTC) and numerous community banks around the U.S.

GBTC, which invests exclusively in bitcoin and derives its value solely from the price of bitcoin, is one of the most successful examples of a “direct-to-market” transaction. New York-based Grayscale Investments, the sponsor of GBTC, recently launched the Ethereum Classic Investment Trust on the OTCQX market using a similar offering method.

Community banks have also used the direct-to-market process to go from private to publicly-traded. The community banks achieve their goals of using their company shares to make acquisitions of competitors, expand their investor base, and provide liquidity for shareholders. There are 75 community banks currently trading on the OTCQX market.

Spotify has turned on the spotlight and shone it on the path less taken -- there are alternative roads to going public in the U.S. For entrepreneurs and startups, there are multiple options available including special purpose acquisition companies (SPACs), Regulation A+ offerings, and direct-to-market offerings via the “Slow PO.” Depending on the needs of the company and its business size, there are ways for many companies to go public without a traditional IPO.

An IPO used to be the ultimate goal and gold standard for startups and entrepreneurs. The bottom line is: there is a high cost to completing an IPO on an exchange, combined with declining investment bank appetite for small-cap IPOs. This is forcing many small- and micro-cap companies to stay private longer and delay going public for 10 or more years.

Fortunately, an IPO isn’t the only method for small- or micro-cap companies to gain the benefits of being publicly-traded. For a company with revenues of $500 million or less, OTC Markets offers an efficient, cost-effective option to becoming publicly-traded in the U.S. This enables a company to both provide company investors and employees with a public market to sell shares as well as to grow its U.S. investor base.

One of the most important decisions a company makes when it goes public is where to trade its shares. While many small-cap companies automatically think to list their shares on Nasdaq, the top two OTC Market tiers – the OTCQX® and OTCQB®  – offer the benefits of a stock exchange in terms of liquidity, transparency and investor visibility at less than half the cost. The OTCQB® Venture Market is uniquely-designed for development-stage companies looking for a public market.

OTC Markets Group believes a company’s growth stage is a key factor in selecting the right market on which to trade shares. The OTCQX® Best Market may work well as either a long-term trading market or the first-step in going public.

While an IPO is a costly consideration for every issuer, the benefits of going public are available to solid companies of every size, scale and strategy. Public stock markets offer tremendous benefits for small- and micro-cap companies seeking to raise capital, grow their businesses, and provide their investors with liquidity for their shares. Until recent years, small-caps have been effectively shut out of the IPO market due to rising costs and a lack of institutional support. Alternatives to IPOs, such as the direct-to-market Slow PO, can achieve the same result, offering an issuer a less expensive and less regulatory burdensome path to being publicly-traded in the U.S.